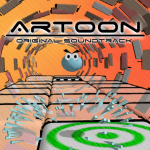 ==SHOW NOTES==
[1:19] Introduction of Mattias “Another Soundscape” Häggström Gerdt. IKEAFest begins!
[2:49] Mattias introduces himself and talks about how he discovered his love of game music and began remixing
[8:15] Details and insight from Mattias on how his work for Street Fighter II HD ReMix got his first gig doing

the soundtrack for his first XBox Live Arcade games, ‘Artoon’ by OKGames
[13:39] Mattias discusses his second XBLA game soundtrack, The Onion Factory’s ‘The Perfect Match’, including

and becomes more intricate as the player progresses through the games’ stages
[22:18] More on ‘The Perfect Match’, the negative stigma on XBox Live Arcade games, and bad games in general
[26:08] The games and composers that inspire Mattias, including Final Fantasy, Jade Cocoon and others
[29:02] Mattias and Larry share the love for Yasuhisa “Yack” Watanabe
[35:50] Upcoming remixes to expect to hear from Another Soundscape (The ‘Ecco: The Tides of Time’ ReMix

discussed has actually been released since this interview took place: http://www.ocremix.org/remix/OCR01852/ )
[38:24] Mattias discusses his feelings and experiences of being on the OCR Judges Panel
[40:54] Mattias offers some of his sage advice to up-and-coming musicians, and how he has progressed his skill

over the years, and how to break into the game composing business
[46:33] Check out Mattias’ website: http://www.anosou.com
[47:30] Show closing
[50:25] NGI EXCLUSIVE: ‘Track 4′ from the Kaleidoscope Original Soundtrack, composed by Another Soundscape. Look

for Kaleidoscope on XBox Live Arcade later this summer!
[53:30] {Stinger}