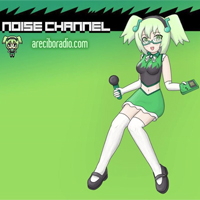 On March 1st, Jake ‘virt’ Kaufman will release FX4, the latest volume of his series of chiptune albums.  To celebrate the release, TrueStar, along with virt, will host an exclusive pre-release listening party.  Listen to the entire FX4 album before it is available to the public!

TrueStar will talk with virt on the air about creating FX4 (as well as the previous FX albums ) and then play the entire album uninterrupted.  After the show, virt will make the album available for download.

Be sure to tune in at 10pm Eastern on March 1st!  This is something you absolutely do not want to miss!

The week before, February 23rd, TrueStar will play the first three FX albums in preparation for the FX4 release.  If you haven’t heard them in awhile, it would be a great opportunity to get reacquainted with them!