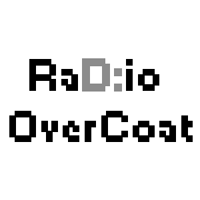 Tonight I played some brand new music from Sabrepulse’s new album Paragon, which you can download here! A very satisfying dance album featuring all sorts of styles of dance tracks. In honor of me impulse buying Majora’s Mask for the 3DS today I was also in a Zelda mood, so I played all the Majora’s Mask tracks from the amazing The Legend of Zelda album by Cory Johnson. Started the show off with something from his Earthbound album that he released last year as well. There were also some tracks featured from 25YEARLEGEND, the OC ReMix 25th Anniversary Tribute to Zelda. Read on for the full playlist!

Sabrepulse – The Search For Paragon

3LAU Ft Bright Lights – How You Love Me (Malmen Remix)

Neil Cicierega – Everybody Likes You