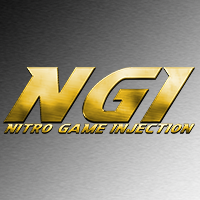 Kyle and Larry sit down for a lengthy chat with Jeriaska, notable videogame music journalist and creator of Nobuooo. They discuss VGM and its impact, the game journalism scene, Jeriaska’s background, and much more.

==SHOW NOTES==
[0:32] Show introduction
[1:53] Jeriaska introduces himself and discusses his start in the game journalism industry, and how he got into

video game music in particular
[8:04] Jeriaska discusses how he became interested in the people behind the games, and his relations to

futurism and videogames as an emerging art and storytelling form
[13:12] Jeriaska is keeping most of his future projects secret, but goes into detail on how he initializes

contact for his interviews, and the importance of attending trade shows when in the journalism field
[20:03] The tables get turned and Jeriaska asks Larry a question about playing games prior to interviewing a

composer
[24:35] Jeriaska talks about a recent experience in which he did research for an interview on Wikipedia and

found the information to be completely wrong. Oops!
[28:30] Jeriaska’s game composer and game music favorites, particularly with independent games
[34:30] Discussion of how some modern orchestral game music can be somewhat impersonal, versus smaller

ensembles and individual performers
[43:45] Jeriaska gives kudos to his team of translators and explains why he posts the orginal language versions

of his interviews along with translations
[46:31] The origins of the Digg-style VGM news site Nobuooo
[53:53] Jeriaska’s favorites in the arrangement and remix scenes

[67:25] Overlooked soundtracks and underappreciated games that have been mostly ignored in the west, including Tenchu and Yakuza

[70:50] Upcoming videos: Interviews with PixelJunk Monsters composer Otograph, and also Daytona USA composer Takenobu Mitsuyoshi
[71:50] Larry and Kyle beg Jeriaska to take them to Japan
[74:06] Jeriaska will be at PAX 2009, interviewing creators of indie games for the PAX 10, and will also be