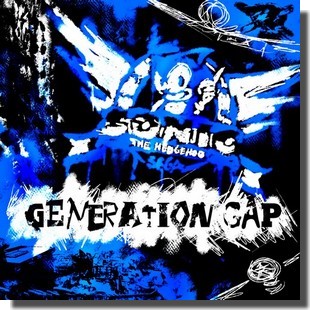 DusK, in association with Nitro Game Injection, is proud to announce the release of Generation Gap: A Sonic the Hedgehog Tribute Album. This EP, created by Dustin “DusK” Branscum, is a tribute to the Sonic the Hedgehog series, with 6 tracks celebrating the 20th anniversary of the Blue Blur. Generation Gap is available for free download at http://sthgg.kngi.org.

This album was produced to promote the music of Sonic the Hedgehog and its 20th anniversary, was made by fans, for fans, and is not affiliated with or endorsed by Sega Corporation, Sonic Team, or Sega Sammy Holdings; all original compositions are copyright their respective owners.

“Inspired by SEGA’s celebration of their mascot’s 20th anniversary (Sonic Generations ), and influenced by Jun Senoue’s punk-heavy work in the Sonic Adventure titles, GENERATION GAP reflects some of DusK’s favorite compositions from the Genesis series, showcasing his own style and personality through a selection of tracks each embodying a playable character.
Most old-school Sonic fans will have fond memories of their first time dashing through Green Hill Zone as the blue blur, storming through Emerald Hill Zone with Tails in tow, exploring the high ground as the two-tailed fox in Sonic 3, and the showdown at the Hidden Palace against Knuckles the Echidna. Get ready to collect rings and spindash at lightspeed through two decades of nostalgia.”

About Nitro Game Injection
Nitro Game Injection (https://kngi.org ) is dedicated to the promotion and preservation of video game music. It is a podcast with focus on original video game soundtracks, remixes, covers, chiptunes, doujin music, and game-inspired original music, as well as the communities that encompass these aspects. The show also regularly features interviews with game composers, audio personnel, remixers, and arrangement artists.