“zeroboroz: This song is so friggin awesome!! and the proof of that is that NOBODY on ocremix has attempted to remix this song. Perfection 5/5″

“Liontamer: FF10 “Hurry!”: Apparently you guys are too scared to ReMix this. Someone prove him wrong.”

This challenge did not go unheard, and many volunteered to show you what OC ReMix is made of.

We present not only one song, but an entire album dedicated to remixing the impossible remix. 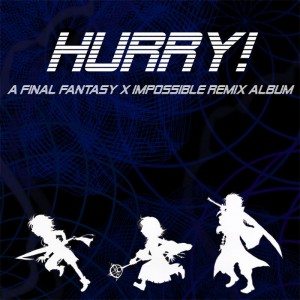